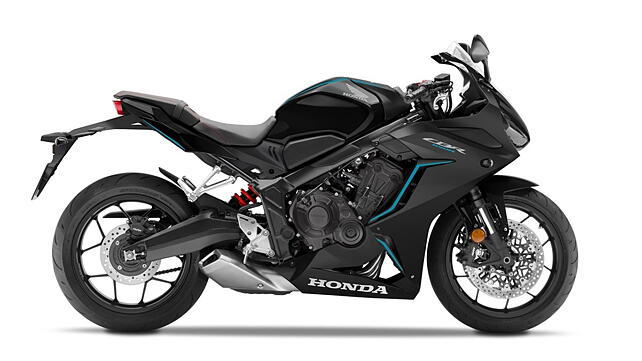 – Could be launched in India soon

Honda has taken the wraps off the 2023 CBR650R for international markets. The motorcycle receives new colour schemes as part of the update and is expected to make its way to India sometime later this year.

Just like its smaller sibling, the CBR650R is adorned in the tri-tone paint scheme that Honda is known for. While the base colour is red, the Grand Prix colour also combines black and white graphics for a sportier look. Other than this, customers can also opt for the Matt Gunpowder Black option. The colour scheme lends the motorcycle a proper stealth appeal and is also teamed up with blue highlights on the fuel tank and fairing.

Other than the new colours, the rest of the motorcycle remains the same and continues to be powered by a 649cc, inline four-cylinder engine. This motor is tuned to deliver 86bhp at 12,000rpm and 57.5Nm of peak torque at 8,500rpm. It comes mated to a six-speed gearbox along with an assist and slipper clutch. Other features offered on the bike include Honda Selectable Torque Control (HSTC), ESS (Emergency Stop Signal) technology, and Honda Ignition Security System (HISS). It also comes with a digital display and full-LED lighting as a part of the package.