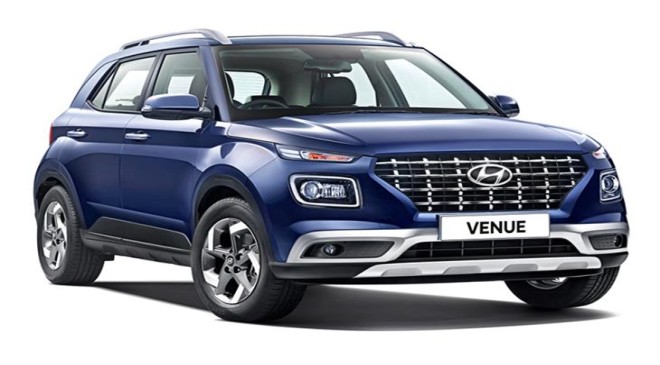 The sub-four metre SUV segment was already dominated by cars like Tata Nexon, Maruti Suzuki Brezza, Hyundai Venue, Kia Sonet, and others. Now, Maruti has introduced a new Nexa product, Fronx to go up against the competitors in this segment in India.

Meanwhile, Hyundai is known to offer feature-loaded vehicles at a very aggressive price point, which helps the brand drive sales numbers and gain more market share. But with the latest introduction of the Maruti Suzuki Fronx, this could change. So, here is a short comparison of the two SUVs.

On the outside, the design of Hyundai Venue is boxy and similar to the previous gen with minor changes at the front and rear. It gets a new front grille design with a square pattern in chrome finish and black surrounds. The grille is flanked by sleek turn indicators mounted on top of the main headlamp housing. It also gets 16-inch diamond-cut alloy wheels. At the rear, the Venue gets a split LED tail lamp setup with a connecting LED light bar and reworked rear bumper.

In contrast, the Fronx has an aggressive front fascia with design cues from its bigger sibling, the Grand Vitara. It gets a new three-pod headlamp setup with prominent cuts and creases on the bumper and shoulder line, with a sloping roofline and an extended spoiler. The SUV gets 16-inch alloy wheels too. At the rear, the Fronx looks sporty with three arrow-shaped LED tail lights and a connecting LED light bar in between.

Hyundai Venue is available with three engine options: a 1.2-litre naturally aspirated petrol engine, a 1.0-litre turbo-petrol engine, and a 1.5-litre diesel engine. First up, the 1.2-litre NA petrol engine produces 82bhp and 114Nm of torque paired to a five-speed manual gearbox. Then there’s a 1.0-litre turbo petrol engine churning out 118bhp and 172Nm of torque and comes mated to either a six-speed iMT or seven-speed DCT unit. The last one is the 1.5-litre diesel engine capable of producing 99bhp and 240Nm of torque while being available only with a six-speed manual transmission unit.

Hyundai Venue was first launched in 2019 and received a much-needed facelift in 2022. Currently, the Venue is on sale at a starting price of Rs 7.61 lakh (ex-showroom) and is offered in six variants including  E, S, S(O), S+, SX, and SX(O).

On the other hand, the bookings for Maruti Suzuki Fronx have commenced, though the prices are not out yet. The variants on offer with the Fronx include Sigma, Delta, Delta+, Zeta, and Alpha. It is expected to be priced competitively against its rivals.