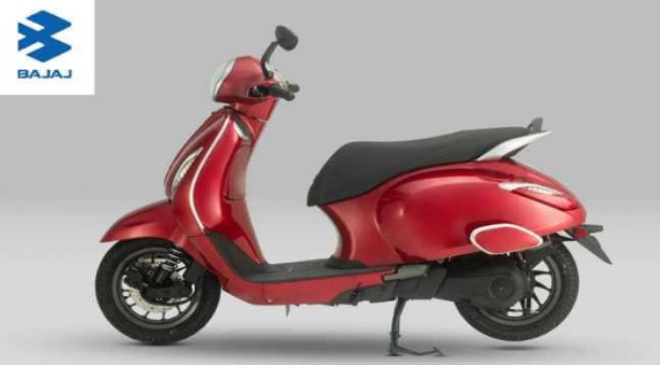 Swiss sports bike maker KTM, which has a manufacturing joint venture with Bajaj Auto, on Friday said it will begin selling the electric model of the resurrected iconic Chetak in the first quarter of 2024 in Europe. The 50.1:49.9 joint venture also rolled out the 1 millionth KTM bike from the Chakan plant near here. KTM claims to be the world’s No 1 premium motorbike brand. The E-Chetak especially the second generation, is a great commuter product for a market like Europe. If everything goes as planned we should be selling this e-scooter in Europe from early 2024.

The European marketing season begins in March and we should be ready by then, Stefan Pierer, the chief executive of Perier Mobility which owns the KTM brand told reporters Since its launch in 1972, the Chetak became a household name over the decades but since the company made bigger from bikes, Bajaj Auto under the present management led by Rajiv Bajaj in 2006 discontinued the Chetak.

Rajiv Bajaj addressing the media said half of the 1 million KTMs are on Indian roads and the rest are exported to around 70 countries. On an annual basis, the Chakan plant can manufacture 2 lakh units of various KTM models and last year its output stood at around 1.6 lakh which has fallen further this fiscal due to chip shortage, a bajaj official told PTI here on Friday.

Half of the KTMs produced in Pune are shipped to around 70 global markets by KTM while Bajaj ships a portion of its volume to Sri Lanka, Nepal and Indonesia, Pierer said.

On achieving the 1 millionth milestone, Bajaj said when we began the KTM partnership in 2007 with the goal of affordable innovation and 15 years later we have not only been successful but have also become strategic partners with 49.9:50.1 equity holding structure.

And given our similar cultures, a sustained and trusted cooperation has been built which will soon be extended to electric vehicles and next-generation technologies. He also said the plant is ready to roll our higher-end KTM bikes as and when KTM management wants us.