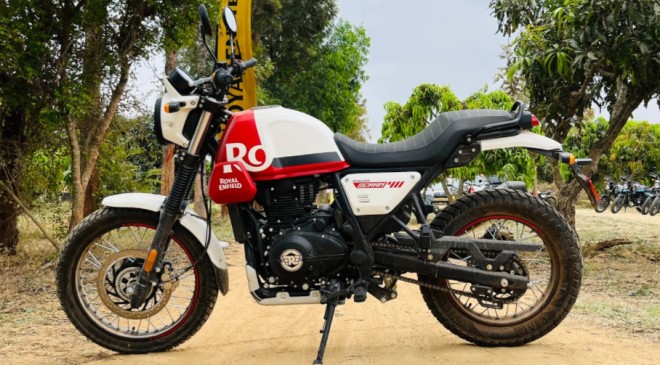 The last week not only witnessed what was certainly one of the biggest two-wheeler launches of this year but also a few other interesting developments like a model discontinuation and the document leaking of a popular scooter. In case you aren’t aware of these updates, here’s a quick round-up.

After a long wait, Royal Enfield launched its new flagship offering, Super Meteor 650 in India. It’s priced at Rs 3,48,900 for the entry-level Astral variant whereas the Interstellar and Celestial variants cost Rs 3,63,000 and Rs 3,78,000, respectively. While the SM 650 boasts the same engine as the Interceptor 650 and Continental GT 650, everything else is brand new which gives it an identity of its own. You can also read its first ride review here.

Yamaha is likely to be launching the 2023 edition of the FZ X modern-retro offering in India soon. The motorcycle was recently spotted in India revealing that it might get a refreshed front fascia with a Himalayan-like windscreen and metal braces flanking the headlamp on both sides. There could be other changes also but we will get to know about them only during its launch.

As per a new RTO document we have got our hands on, the Honda Activa 6G is all set to receive a few technical updates. The document reveals a couple of subtle distinctions that the new model will receive over the existing version. And this iteration will be launched on 23 January as we have already received an invite from Honda for this date.

Honda removed the CB500X from its official BigWing website in India. While this could be an indication of it being taken off the shelves, we are yet to receive an official confirmation. However, we spoke with a couple of BigWing dealers across India who confirmed that the motorcycle isn’t available in stock for now but the 2023 model might come around April-May.

KTM has begun conducting the selection rounds of its RC Cup amateur one-make racing championship. While the selection round in Mumbai has already been hosted, the company has announced them for seven more cities across India. This is an open competition and anyone who is confident about their riding skills can give it a try. Click on the story link for all the details.