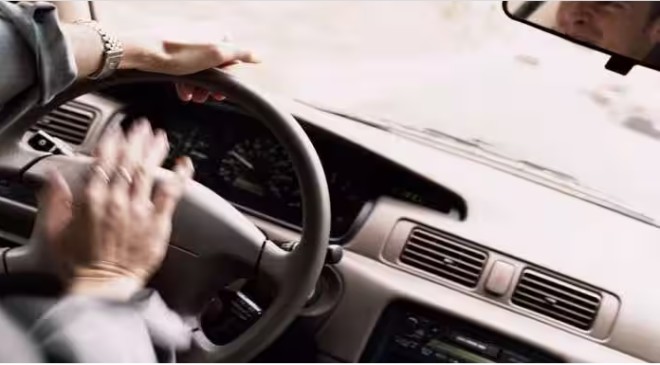 With road rage incidents becoming frequent in metropolitan cities, including Bengaluru, a senior police officer has appealed to the people for restraint and to call the authorities instead of taking law into their hands. A prominent psychologist in Bengaluru has suggested that a mental health certificate should also be made necessary while issuing driving licence. The appeal came after two horrific incidents of road rage came to light in a span of four days in Bengaluru where a young biker dragged a septuagenarian for almost a kilometre on January 17 and a man was dragged on the bonnet of a car for over a kilometre on January 20.

In Rajouri Garden area in New Delhi, a man was dragged on the bonnet of a car this month. Delhi Police said they arrested the accused and booked him under various sections of the Indian Penal Code.

Last year in November, a pharmacy owner was beaten up black and blue after his car brushed against a motorcycle in Dayalpur area of Delhi. Pointing out that the two recent cases in the city had gone to extreme levels because of road rage, Bengaluru Special Commissioner of Police Traffic M A Saleem told PTI that people get into fights after accidents, which lead to heated exchange of words and then violence.

Such cases are dealt very severely by police in Bengaluru city and cases are registered against them, he added. Referring to the two cases that turned the focus on Bengaluru, Saleem said: “These two cases are totally uncivilised. I can say these are heinous cases wherein attempt to murder cases have been taken up by the police and stringent action has been taken against the people who even assaulted the motorists.”

“The Bengaluru traffic police has a series of campaigns, particularly to counter road rage. In fact, the Traffic Training Institute and Research Centre as well as our traffic warden admissions committee conduct a series of campaigns to educate people about good behaviour on the road,” Saleem said.

The police have also upped the surveillance system in the city by installing 7,500 CCTV cameras across the city under the ‘Safe City’ scheme. Blaming stress on trying to reach the destination on time as the main reason behind such incidents, the police officer appealed to the people to leave for their place at least 10 minutes before so that there is no stress on the person to reach on time amid traffic.

Saleem also urged people to call police whenever they spot a possibility of trouble emerging on the road. “The police response time is very quick in Bengaluru city. Just 10 minutes and immediately police will come and investigate the matter and take appropriate measures as per law,” the officer said.

However, noted city-based psychologist Dr Geetha Appachu, who is the head of Swapreran, a psychological counselling and wellness clinic, said the problem lies with issuing driving licence as a small precaution regarding mental health of those applying for the licence would make people more comfortable while commuting on the road.

The road rage issue, according to her, could be related to displaced and pent-up anger surfacing on the road where people tend to feel like yelling at fellow commuters or pedestrians.

Dr Appachu felt there was a need to understand the underlying personality issues, which can be easily done. “There are simple tests available which can be done in order to not just understand somebody’s driving skill. Yes, there is so much checking happening even for a driver’s licence. But then, can we also bracket in a few more precautions that am I in normal, healthy mental state too? That will make us more comfortable on the road as well as everywhere,” the psychologist said.

According to her, this will be one of the best ways to support youngsters who apply for licence after turning 18. “Today, it’s not about affording a vehicle. It’s about driver’s licence coming with responsibility,” Dr Appachu said.