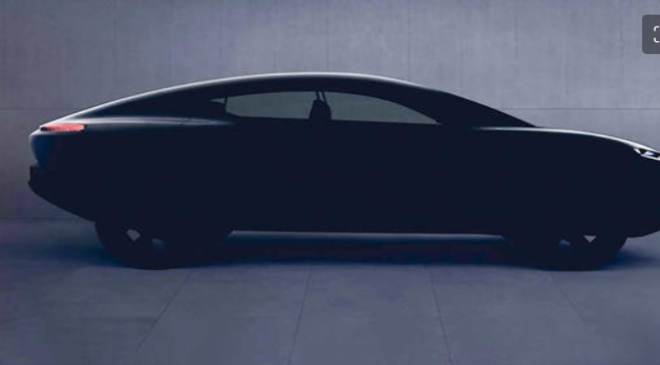 We see portions of the rear, side, and interior ahead of its January 26 debut.

The Audi Activesphere concept debuts on January 26, just a few days away as of this post going live. But the teaser train isn’t done yet, as seen in three new images posted to Audi’s social media channels that move portions of the sleek coupe-crossover from shadow to light.

The big tamale here is arguably what we see from the Activesphere’s backside. Thin taillights connected by a thinner red strip in the middle rest beneath a large glass hatch. We can barely make out a flat floor inside, nestled up against the rear seats which we believe are individual buckets as opposed to a bench. A previous teaser looking down from the top offered hints to what we’re seeing now, but this is certainly our best look at the concept’s rounded, organic design language.

A feature that’s not round is the steering wheel. Audi teasers reveal a rectangular wheel with rounded edges, connected in the middle with two prominent horizontal stalks and two vertical spokes to its base. From what we see of the interior, it looks very minimalistic though we’re only getting a taste of the greenhouse from this teaser. Red splashes on the wheel rim contrast with darker surroundings, though we know there’s more red to be found on seats and other surfaces inside.

The last teaser takes us outside to something the exact opposite of round. We’re treated to a close view of the concept’s side mirrors, which are actually thin wing housings with cameras. Mounted at the very top of the door’s beltline, we also see chrome trim outlining the window and a glimpse of the aforementioned red seats.

The Activesphere is Audi’s fourth and final concept in its sphere series that launched in 2021. Designed to showcase various aspects of the automaker’s future design language, the Activesphere takes the form of a four-door crossover with modest ride height for off-road adventuring. Its four-door body utilizes a fastback design to align it with the current trend of sleek, coupe-like SUVs coming from a variety of manufacturers.

All will be revealed on January 26, though that leaves room for more teasers if Audi seems fit to share them. Either way, we will have full information on the Activesphere concept when it debuts, right here at