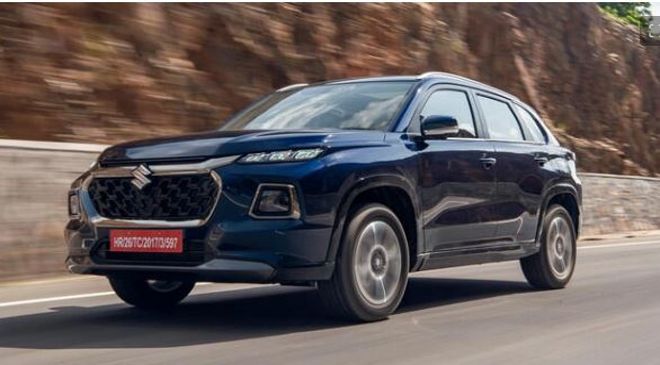 Maruti Suzuki India has announced a recall of 11,177 units of the Grand Vitara owing to a possible defect in rear seatbelt mounting brackets. This is the third recall announced by the country’s largest carmaker involving the Grand Vitara in less than two months.

The fresh recall pertains to 11,177 units of the Grand Vitara manufactured between August 8, 2022, and November 15, 2022. The Grand Vitara is Maruti’s flagship model and is sold from the company’s Nexa retail outlet.

While the mid-size SUV has been jointly developed by Japanese auto majors Toyota Motor Corporation and Suzuki Motor Corporation, it is sold as Grand Vitara by Maruti and as Urban Cruiser Hyryder by Toyota Kirloskar Motor, in India.

“It is suspected that there is a possible defect in rear seatbelt mounting brackets (parts), which in a rare case, may loosen in the long run and impact its functionality,” Maruti said in a regulatory filing dated January 23.

“Vehicle owners will be receiving communication from Maruti Suzuki authorized dealer workshops for inspection and replacement of the affected parts, free of cost,” it added.

On January 18, Maruti recalled 17,362 units of the Grand Vitara, Brezza, Baleno, Alto K10, S-Presso and Eeco, owing to faulty airbag controller. The recalled units of the six models were manufactured between December 8, 2022, and January 12, 2023.

On December 6, the company recalled 9,125 units of the Grand Vitara, Brezza, Ertiga, XL6 and Ciaz due to a defect related to front-row seatbelts. The recalled vehicles were manufactured between November 2, 2022, and November 28, 2022.

While Maruti is banking on the Grand Vitara to improve its share in the SUV segment, such frequent recalls might dampen buyer sentiments and impact volumes.